Well today the hill walking boots were taken off once again & the wading boots put back on. 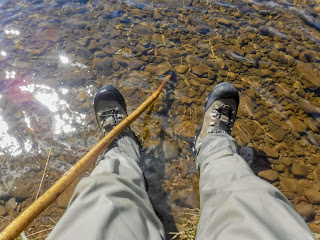 The river was exceptionally low & clear and I sat for almost an hour before finally seeing any sort of hatch, which when it did come was sparse but I saw one fish move at the tail of the pool I was observing, not a big fish and I decided to see if it would come up again, It did not.

Nature all around was waking up to the sun today with this bee covered in pollen from the willow buds starting to burst into life. 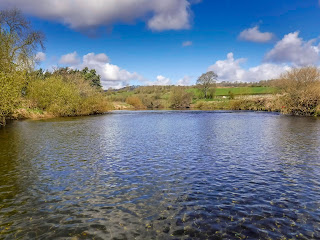 The view upstream looked just like a summers day, with the flock of 50 + geese honking in the field opposite. 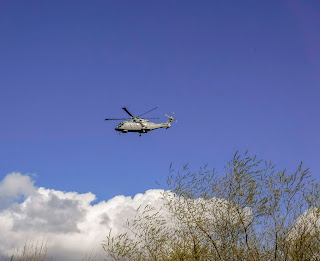 No rest for the military though as the occasional noise from a spurt of GPMG fire carried in the wind from the military ranges close by & helicopters flying overhead.

With no further hatch coming off I decided to head downstream & see if I could find any feeding fish, I found one fish tucked at the back end of a willow bush which was sitting in the water just off the main current & when I cast to it , took my dry imitation almost immediately but alas a small Grayling which generously set itself free on the retrieval. I decided to call it a day, I had a couple of hours on the river which I was thankful for & to just sit and soak up the surroundings was reward enough for me. 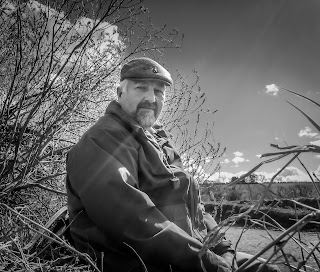 I had the absolute pleasure of meeting him twice during my military career & he brought a smile to all our faces when he visited us. 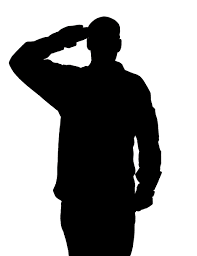