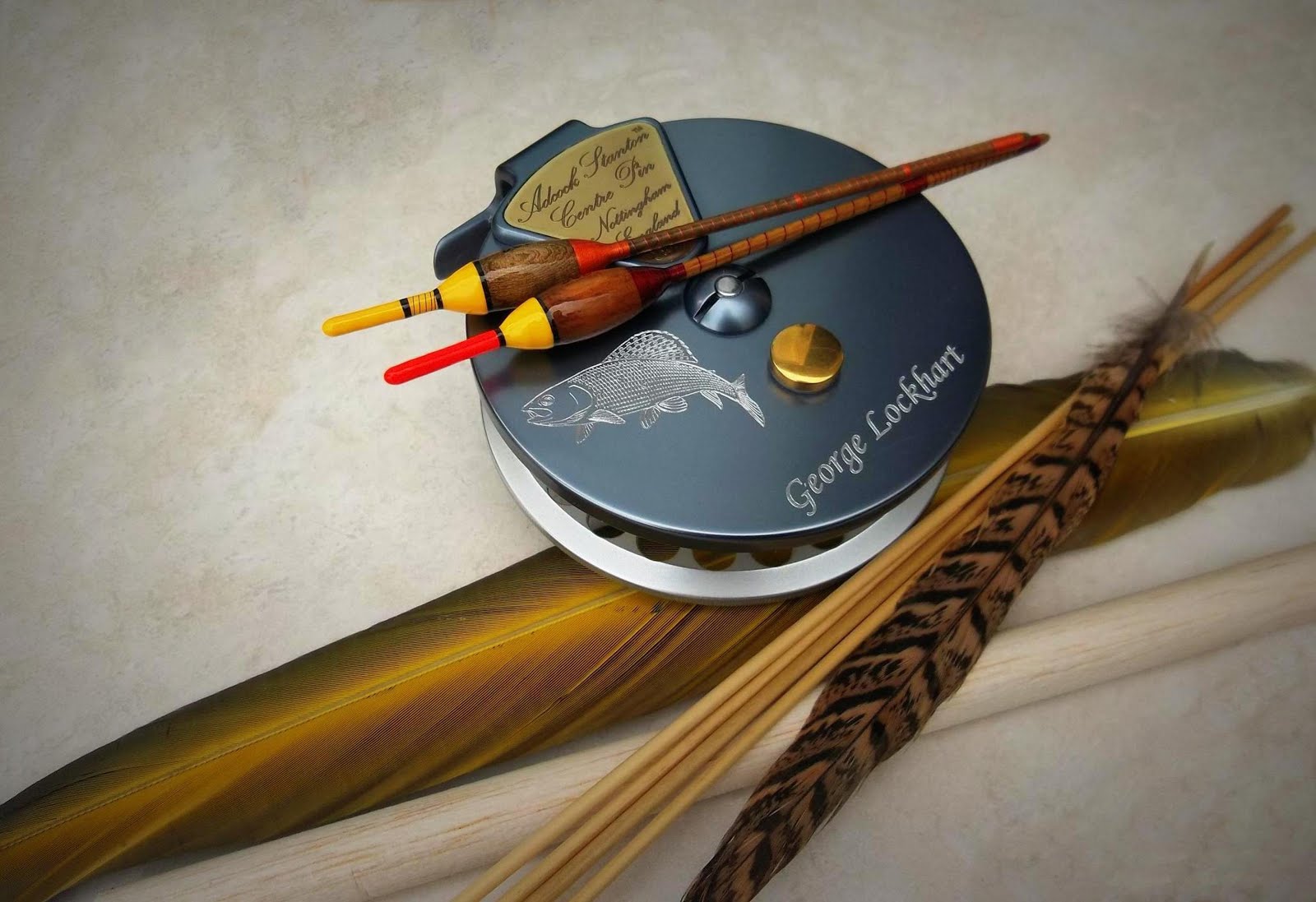 I had a decision to make yesterday which was either head to the hills with the camera or pull on the waders & hit a very low river, the low river won as the urge to flick some dry flies around was too much.

As I walked down the river 3 little egrets lifted off, which was a pleasant surprise as Ive only ever seen 1 around these parts.

The river was as expected on its bones almost and very clear but after sitting scanning the river, some fish were popping up from time to time albeit I knew they would be smaller fish but that didnt matter so putting on a small CDC dry off we went. 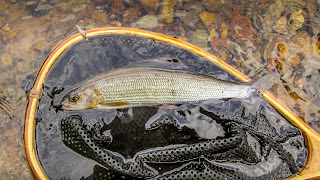 A small Grayling was the first to make an appearance.

Lots of small Par followed, so much so I actually stopped counting but they were progressively getting bigger in size. 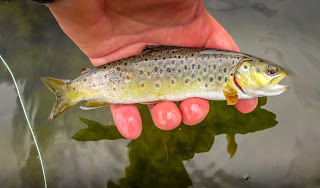 I flicked the dry fly upstream under an overhanging tree & the water erupted and a decent trout had hammered the fly, so much so the fly actually was unusable again after the release of the fish. 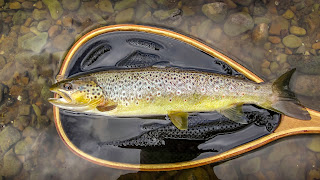 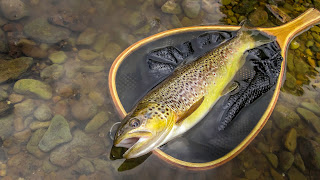 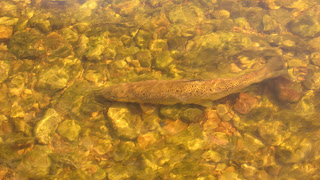 Walking upstream I came across my favourite wild flower, the monkey flower (mimulus), not too abundant in Wensleydale where upon a few Dales north in Teesdale its common as anything in a variety of colours, I wonder why so not as abundant here. 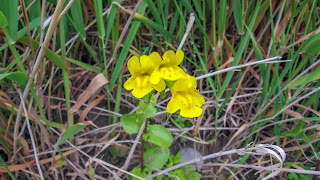 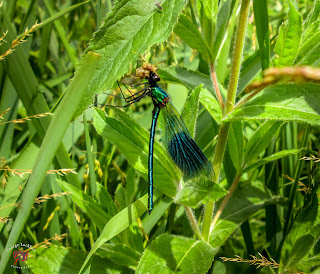 Walking through some long grass I interupted a young lady having her lunch...literally! A Banded Demoiselle having lunch & was not interested in anything apart for its prey. 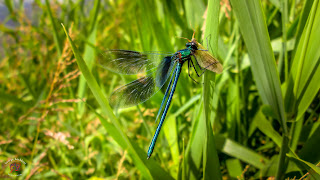 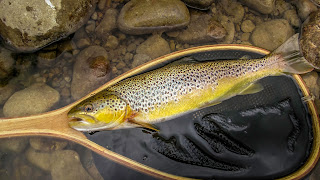 Back on the river a few more trout fell to the dry fly. 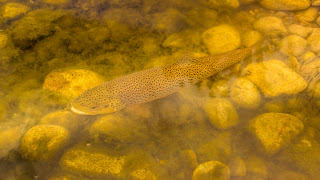 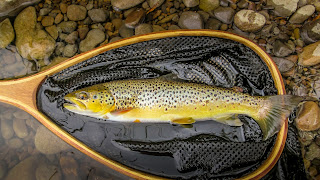 All in all a very productive few hours & I was so glad that I took the river option as a nice change from the hills.